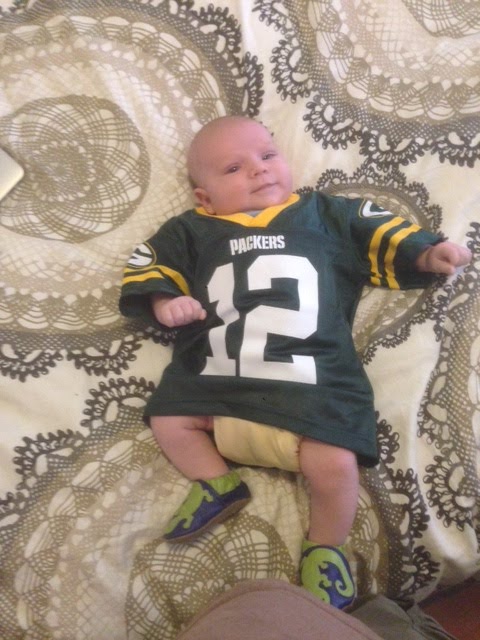 We went to the Chichicastenango Market (ChiChi) together. This is the largest market in Guatemala. It is located about an hour away from Lake Atitlan. Kareem and Marta had a list of loved ones that they wanted to purchase gifts for and so they were on a mission. I was hoping to find one beautiful huipil.

Kareem and Marta are master negotiators (We have moved on…you should too) and they were so much fun to watch in action. They made a fabulous team. I think I did an all right job negotiating for my purchases and I think they are beautiful!  As I was negotiating Brandon and Charlie were being surrounded by a group of women who were very interested in Charlie. They thought he was beautiful and also were concerned that he was cold. I can’t tell you how many times we explain to a local that we are from a very cold place and that this is not cold to us…our baby is not cold he is sweating!

The huipil’s that I purchased are from the village of Nahuala. Each village has their own patterns that set them apart and the women take great pride in their craft. 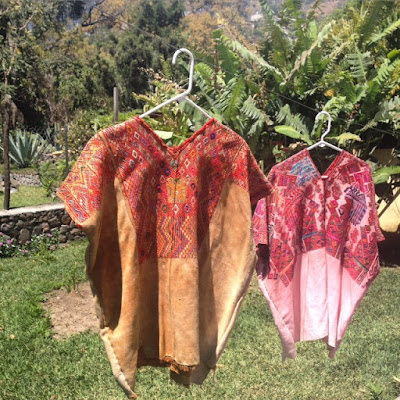 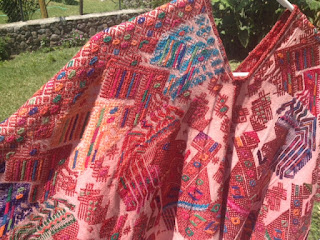 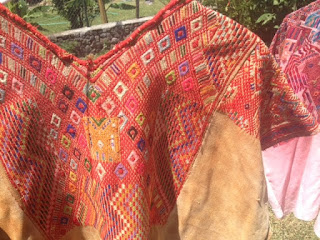 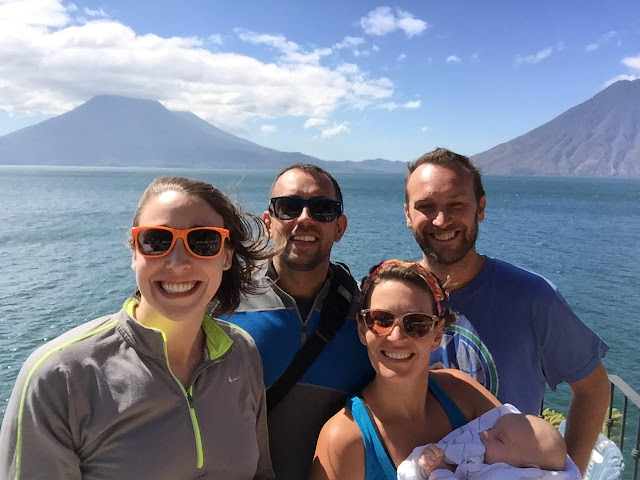 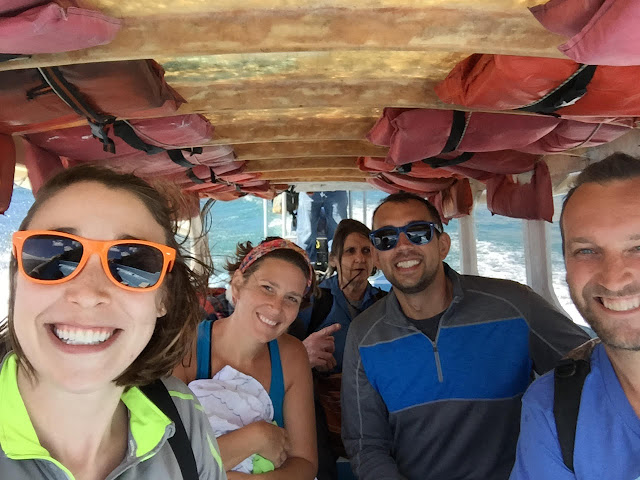 Oh, we also posed for our VERY FIRST family photo as well.  Photo credit to Marta.

We can’t wait to hang with Marta and Kareem when we are home in May.

Katie, Brandon, and Charlie
Posted by BeginAgain at 10:18 AM No comments:

Charlie is a U.S. citizen


Last week we completed the task of obtaining Charlie’s Guatemalan birth certificate. This week we completed the task of being approved for a U.S. passport for him.  The U.S. Embassy is in Guatemala City so we made the 3-hour trip on Wednesday and spent the night because our first appointment of 2 was at 8am.  To prepare for the appointment we needed to complete 3 sets of forms, have proof of our life in the states (thank you mom for bringing 5 years of our taxes!), have our marriage license, our passports, a passport photo for Charlie, and we were advised to have some proof that I was actually pregnant.

We left the lake around 9am. This gave us time to hit up the Walmart, Starbucks, and the very new and shiny Mall in Guatemala City.  We purchased a very large bag of dog food which will make for some lighter trips to grocery store, an extra set of bed sheets for our bed in preparation for pooping or puking in the middle of the night, some makeup for me, shampoo, new tooth brush…and blah blah blah.  Basically, we picked up some necessities.

The mall felt like we were in the U.S. The discrepancy between rich and poor in this country is huge and this mall was most definitely for the rich. We purchased a bouncer chair for Charlie (Jessica was correct in that you don’t really want to hold a baby ALL day long). I looked this chair up on Amazon. Here we paid $95.00 and it would have cost us $39.99 on Amazon…Brandon also purchased a new pair of Crocks. 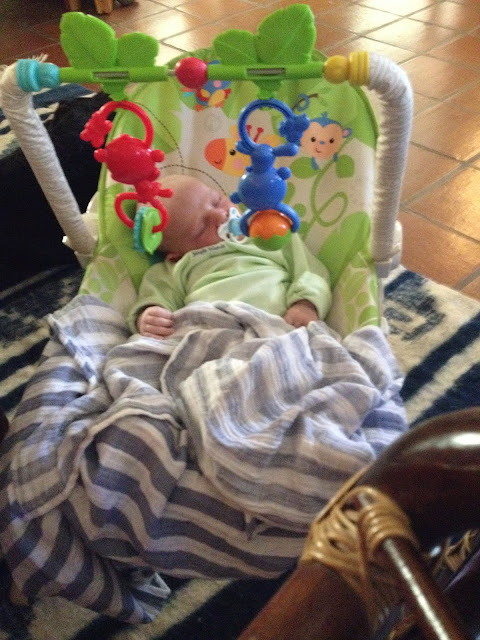 We had dinner at a restaurant in the mall that had a very large fish tank in the middle. Charlie slept the entire dinner. It was our first dinner as a family of 3! It was then home to bed to prepare for our big day at the Embassy. 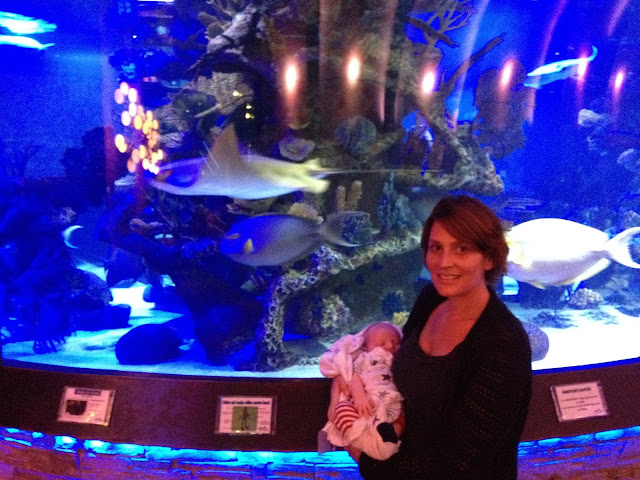 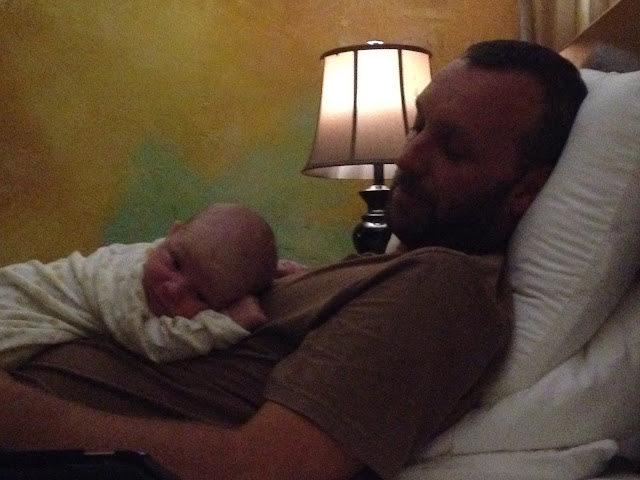 Brandon has been watching Home Land so he had some ideas of what the Embassy would be like. It was not what either of us had imagined. It felt like a crummy DMV in the states inside. Outside there was a long line of people who were waiting to apply for a Visa into the U.S.

At the 8am appointment we took a number like at the grocery store deli counter and waited. Once our number was called we met with a women who stood behind glass. We gave her all of our documents. She informed us that they would be given to the Officer for review before our afternoon appointment. She made it sound very official and I was nervous like I was going to be taking a test.
The officer at the afternoon appointment was very friendly from behind the glass. He thanked us for bringing all of our documentation but that there really is no question in his mind that we are American Citizens. He commented that we looked and sounded American and that there really is no question by looking at Charlie that we are attempting to take a baby that doesn’t belong to us. He pointed us in the direction to pay our fee and then he gave us the official stamps. We must return to the city in 3 weeks time to pick up the passport and the version of a U.S birth certificate that they will issue. We also asked about applying for an SSI number for Charlie. We were told that it would be better to apply when we are back in the states in May as it will take 2 weeks there versus 9 months in Guatemala.

It felt really good to get back home to the lake!

Katie, Brandon, and Charlie
Posted by BeginAgain at 10:47 AM 3 comments:

Our life the past three weeks in photos (because I don’t have the energy right now to put my thoughts together in words): 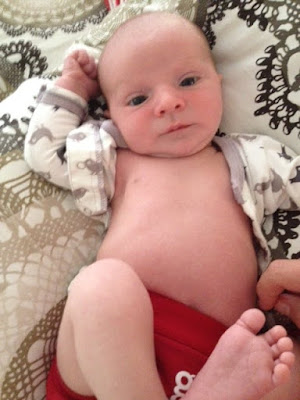 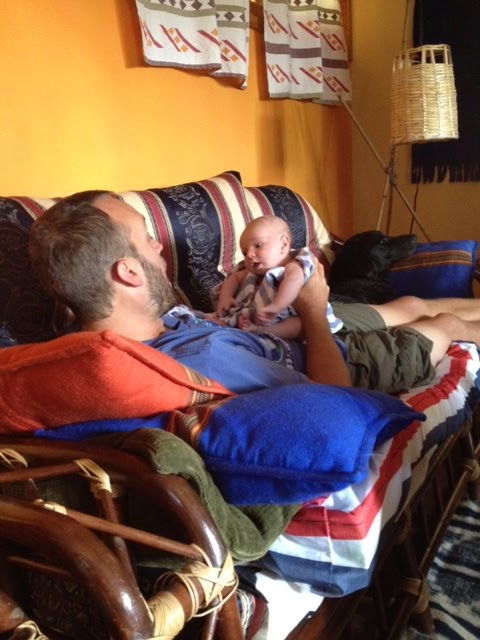 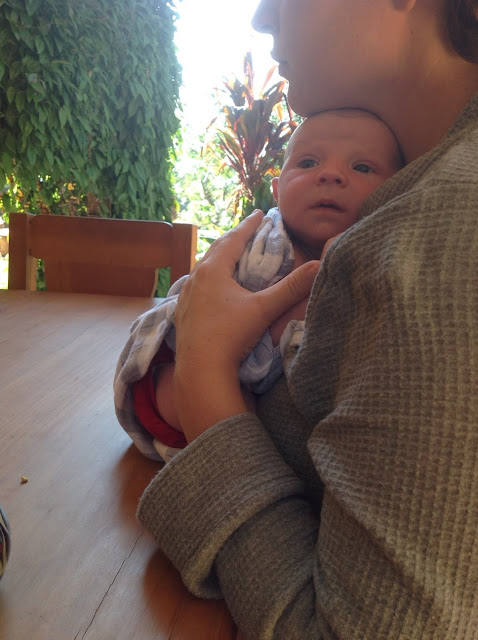 Posted by BeginAgain at 10:00 AM No comments: